A paradox which continues to puzzle me is how chief financial officers (CFOs) and controllers can be aware that their managerial accounting data is flawed and misleading, yet not take action to do anything about it.

Now, I’m not referring to the financial accounting data used for external reporting; that information passes strict audits. I’m referring to the managerial accounting used internally for analysis and decisions. For this data, there is no governmental regulatory agency enforcing rules, so the CFO can apply any accounting practice or cost allocation method that he or she likes.

Perhaps some CFOs and controllers are simply lazy. They do not want to do any extra work or have two sets of books with potentially confusing product and service-line cost numbers. This counterintuitive phenomenon can be described this way:

Imagine that several centuries ago there was a navigator who served on a wooden sailing ship that regularly sailed through dangerous waters. It was the navigator’s job to make sure the captain safely and efficiently sailed the ship from one point to another. In the performance of his duties, the navigator relied on a set of sophisticated instruments. Without the effective functioning of these instruments, it would be impossible for him to chart the ship’s safest and most efficient course.

The navigator always made sure he slept near a lifeboat so that if the erroneous navigational information led to a disaster, he wouldn’t go down with the ship

One day the navigator realized that one of his most important instruments was calibrated incorrectly. As a result, he provided the captain inaccurate navigational information. No one but the navigator knew of this calibration problem, and the navigator decided not to inform the captain. He was afraid that the captain would blame him for not detecting the problem sooner and then require him to find a way to report the measurements more accurately. That would require a lot of work.

As a result, the navigator always made sure he slept near a lifeboat so that if the erroneous navigational information led to a disaster, he wouldn’t go down with the ship. Eventually, the ship hit a reef that the captain believed to be miles away. The ship was lost, the cargo was lost, and many sailors lost their lives. The navigator, always in close proximity to the lifeboats, survived the sinking and later became the navigator on another ship.

One day the management accountant realized that the calculations and practices on which the cost system was based were incorrect. It did not reflect the economic realities of the company. The input data was correct, but the reported information was flawed. A broadly averaged cost allocation factor was used with no causal relationship to the outputs being costed. As a result, the current and forward-looking information he provided to support the president’s decision making was incorrect. No one but the management accountant knew this problem existed. He decided not to inform the president. He was afraid that the president would blame him for not detecting the problem sooner and then require him to go through the agonizing effort of developing and implementing a new, more accurate and relevant cost system using activity-based costing (ABC) principles. That would require a lot of work. Wouldn’t it?

The company went out of business, the owners lost their investment, creditors incurred financial losses, and many hard-working employees lost their jobs

Meanwhile, the management accountant always made sure he kept his network with other professionals intact in case he had to find another position. Not surprisingly, the president’s poorly informed pricing, investment, and other decisions led the company into bankruptcy. The company went out of business, the owners lost their investment, creditors incurred financial losses, and many hard-working employees lost their jobs. However, the management accountant easily found a job at another company.

The accountant as a bad navigator

Why do some accountants behave so irresponsibly? The list of answers is long. Some believe the costing error is not that big. Some think that extra administrative effort required to collect and calculate the new information will not offset the benefits of better decision making. Some think costs don’t matter because the focus should be on sales growth. Whatever reasons are cited, the resistance to change may be based less on ignorance and more on misconceptions about what determines and influences accurate costing.

Today commercial costing systems and their associated analytics have dramatically reduced the effort to report good managerial accounting information, and the benefits are widely heralded. For example, the ABC implementation method is rapid prototyping with iteratively scaled modeling, which has destroyed myths about implementing ABC as being too complicated and lengthy. An ABC system can be implemented in a few weeks, not months.

Reasonably accurate cost and profit information is one of the pillars of performance management’s portfolio of integrated methodologies. Accountants unwilling to adopt logical costing methods, and managers who tolerate the perpetuation of flawed reporting, should change their ways. Stay on the ship or get off the ship before real damage is done.

Gary Cokins (Cornell University BS IE/OR, 1971; Northwestern University Kellogg MBA 1974) is an internationally recognized expert, speaker, and author in advanced cost management and enterprise performance and risk management systems. He is the founder of Analytics-Based Performance Management LLC, an advisory firm located in Cary, North Carolina. He began his career in industry with a Fortune 100 company in CFO and operations roles. He then worked 15 years in consulting with Deloitte, KPMG, and EDS. From 1997 until recently Gary was a Principal Consultant with SAS. 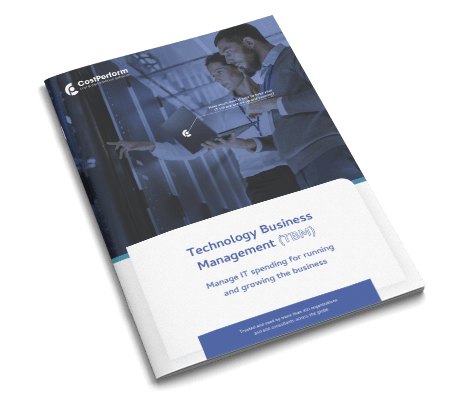 Download the white paper to learn everything about our TBM software

Don’t want to miss anything?

Subscribe to our newsletter and stay updated on everything cost and performance related.

We send you quarterly updates on CostPerform, exclusive tips & tricks and how others use CostPerform to answer their most complex costing questions.

2 days, multiple speakers from across the globe. Are you ready for next-level cost modeling and performance management?